Last week I posted my list of my Top Three Audio Recorders for Android. Being a non-iPhone user for the past 8 years, I didn’t feel I had the expertise of recommending apps that I would be either picking blindly off the App Store, or relying on information almost a decade out of date.

So coming to the rescue were a handful of Lifers who tweeted and messaged me their picks for iPhone recorders and why they like them. I’ve had the opportunity to try them out through a friend’s iPhone, but before we get to that one more Android recommendation from a Lifer. 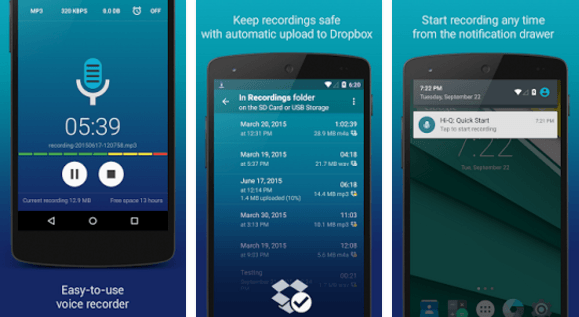 Hi-Q MP3 Voice Recorder (Link)
This one was recommended by Jeff Papas from the University of Minnesota-Duluth.

@sportscastlife – I use the Hi-Q app and don’t even bother bringing anything else on the road. No need. I trim using Cool Edit and play.

On Jeff’s recommendation I took a look at the app and really enjoyed the interface. It’s everything a voice recorder should be, simple, intuitive and gives you all the info that you need when recording such as duration and a basic vU meter. Recordings are filed away and easy to access and sharing via email, Dropbox or anythings else is simple. It means you can record on your phone and easily playback on your computer with a simple transfer…something that I’m critical of iPhones for, having your content locked on the phone without using something like iTunes. The fact that it also records in mp3 format is handy, which we’ll highlight later on.

Ok, now onto the iPhone section in no particular order: 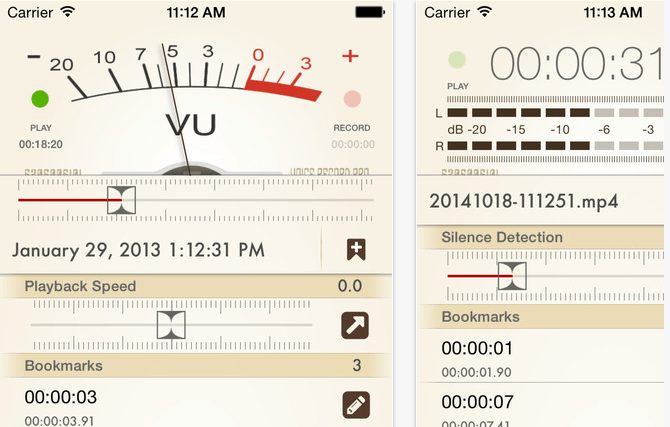 Voice Recorder Pro 7 (Link)
This recommendation comes from Michael Hirn, based in Ohio and covering football (and a myriad of other things by the looks of things) for St. Mary’s.

For me a big selling feature on this one is the analog style vU meter. I find the needle more responsive and a better indicator of volume that a digital read out through illuminated blocks. I know it’s on a phone and it’s all digital anyway, but call me old fashioned…I don’t care.

The app itself is very good and easy to use. Big buttons, simple controls, a speed control as well on play back can be useful in the right situations. One handy aspect of this app is that you can tag different spots of your recording, or bookmark them, for reference later. This is something I do manually when calling games on my scorebook, by writing down the time of a scoring play in my recording. That way it’s easy to go back and pull audio without having to fish for it. In an interview situation, you could bookmark something of note, or perhaps an inadvertent bad word that slipped from a players mouth and maybe isn’t suitable for air.

The Default Voice Memo App
Why go out and download/purchase an app when your iPhone can record out of the box? Aside from third party apps doing it better with cleaner interfaces and more features, Michael’s comment above highlights a big drawback with the Voice Memo app…..you need to convert it. The Voice Memo app records in a unique audio format which is different to play elsewhere. The app is designed for quick dictation and playback later in the app. If you play to use your phone for playback as well, then the default app might suit you. Otherwise you could find yourself going through a few unnecessary steps down the road if you want to use your audio elsewhere. 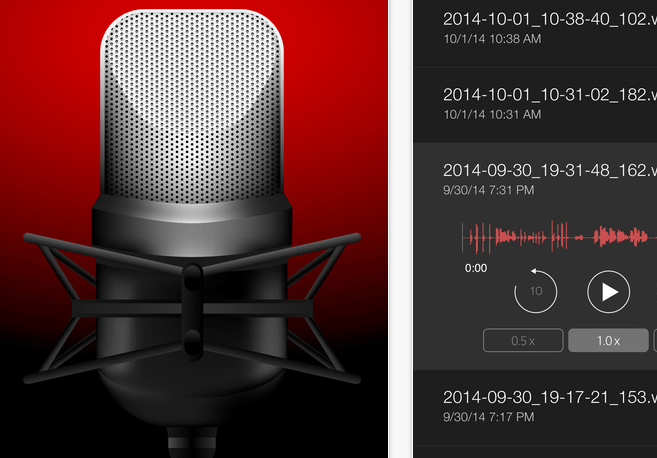 Voice Recorder HD (Link)
This one I found on my own while hunting down some extra options. It again hits a lot of the high notes that you need to with such a simple app. It’s interface is clean, it is easy to use and requires very little configuration. You can also record in a variety of formats and audio qualities…although if you’re recording an interview for broadcast, you’ll want to stay north of 96kbps. In the archive of recorded audio, each recording generates a waveform which can be helpful for editing and playback. 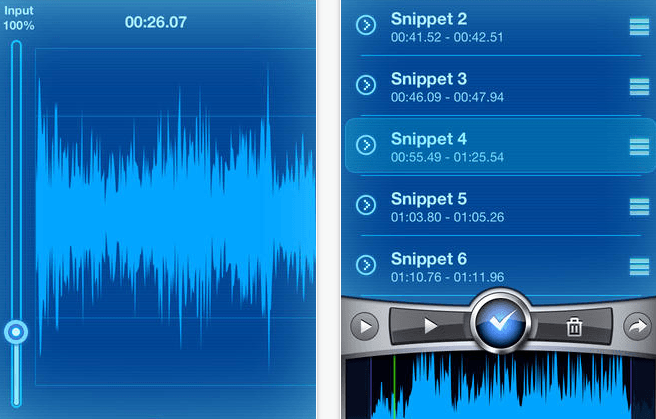 Recorder Editor (Link)
Another entrant is Recorder Editor which does exactly what the title sounds. The graphics and interface are a little hokey, like a 90’s sci-fi movie website, but overall it does the job. It has some excellent microphone controls such as gains and filters, plus it allows you to edit the audio right there in the app for instant playback or completed sharing.