Five Must Haves for Purchasing Your Own Gear

Buying your own gear can be a very smart investment in your sportscasting career. While many teams, schools and programs have gear already, the ability to collect your own equipment allows you to more easily freelance and pick up additional gigs and hopefully a little extra cash.

I’ve already covered purchasing gear in the past, with a quick look at headsets and mixers. But I wanted to elaborate on that post and focus on five common sportscasting items that I’ve collected over time and have become a staple in my freelance kit.

1. Headsets
Arguably the most important part of a sportscasters kit is a good headset. While there are several other options for conveying your voice and broadcast, a headset is the dominant choice particularly in North America. I’ve also found that in my career, my headsets have become a very personal investment. I have two identical branded headsets, but there is one that I vastly prefer over the other and one that I use EVERY GAME despite both being exactly the same.

The headset I recommend is the Audio Technica BPHS1

. I own a pair that I picked up for $180/ea on eBay in 2010, however they more closely retail for between $200 and $220. What strikes me about these headsets is the fact that they haven’t dropped in price in the 6 years I’ve owned them…name another product that doesn’t devalue over time. In terms of technical performance, I’ve been thrilled with the microphone quality and headphone volume and clarity.

I have had two hiccups with the headsets in the 6 years, both however were easy and pretty cheap fixes. In their 3rd year, one of the boom mic casings broke off the ear muff portion of the headset. All the cabling was still in tact and the headset worked like a charm still, but the boom mic just dangled. I was able to repair it using epoxy resin and a brace piece that lasted for 3 years. Last summer I re-repaired the same break with more resin and a wrap of vinyl melted into the headset. Still works as new.

The other technical bump was the cable that connects the headset to your mixer. The connection on one of my headsets dropped in and out for a few games (it was my backup, so not essential) but it got to the point where it didn’t work at all. Thankfully headsets like this come with a replaceable cable which I purchased for $50 via a local retailer and everything was again good as new.

For a $400 investment, these headsets have well and truly paid for themselves. I’ve done over 400 games with them, travelled around the country and they still perform day after day after day. 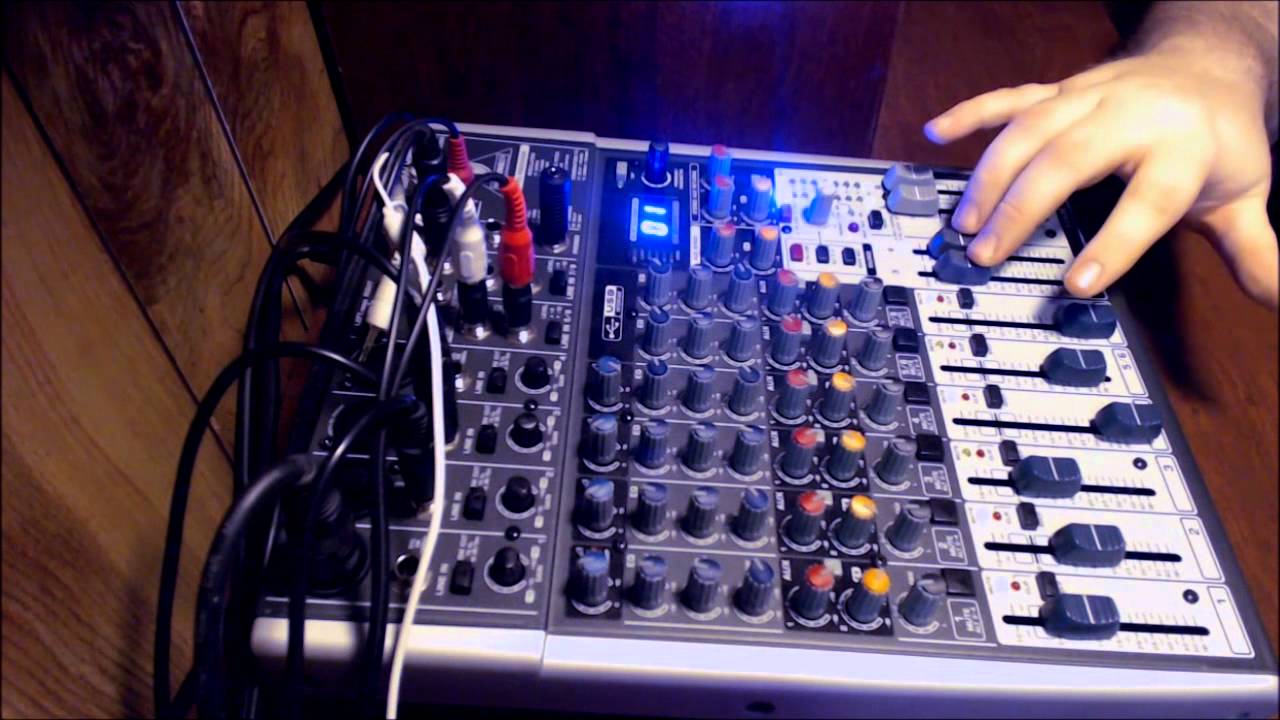 2. Mixers
Probably equally as important to a headset is a mixer. Without it your headset is Jack without Jill, Thelma without Louise, Ren without Stimpy. They go hand in hand so it’s only natural to focus on this investment as much as you do your headset.

I have two mixers, one that I leave at my home venue all season long, a Behringer 12-Input 2-Bus Mixer

that allows me some extra room for things like a PA feed, three headsets, a crowd microphone and a laptop input for interview/highlight playback. I got it for $100 through a Canadian retailer, but it’s another item that really hasn’t changed in price or been replaced as a go-to product over the course of its life with me so far.

For my road kit, I have a smaller Behringer 8-Input 2-Bus Mixer

that fits nicely in my travel bag, has inputs for two headsets (or a headset and crowd mic), plus a couple of line inputs for things like my laptop and/or voice recorder or whatever else I need. Typically my setup is less intricate on the road than it is at home where I’m able to leave a lot set up between games.

Both mixers produce a 1/4″ line output, perfect for going into a tie-line or computer for broadcast. Both provide fantastic audio quality for the price point and both have been hiccup-free for 7 years. With Behringer products, I have been told that the power supplies are susceptible to failing, but *knock on wood*, nothing yet. Honestly though, if they were to go tomorrow, 7 years is a good ROI for $150. 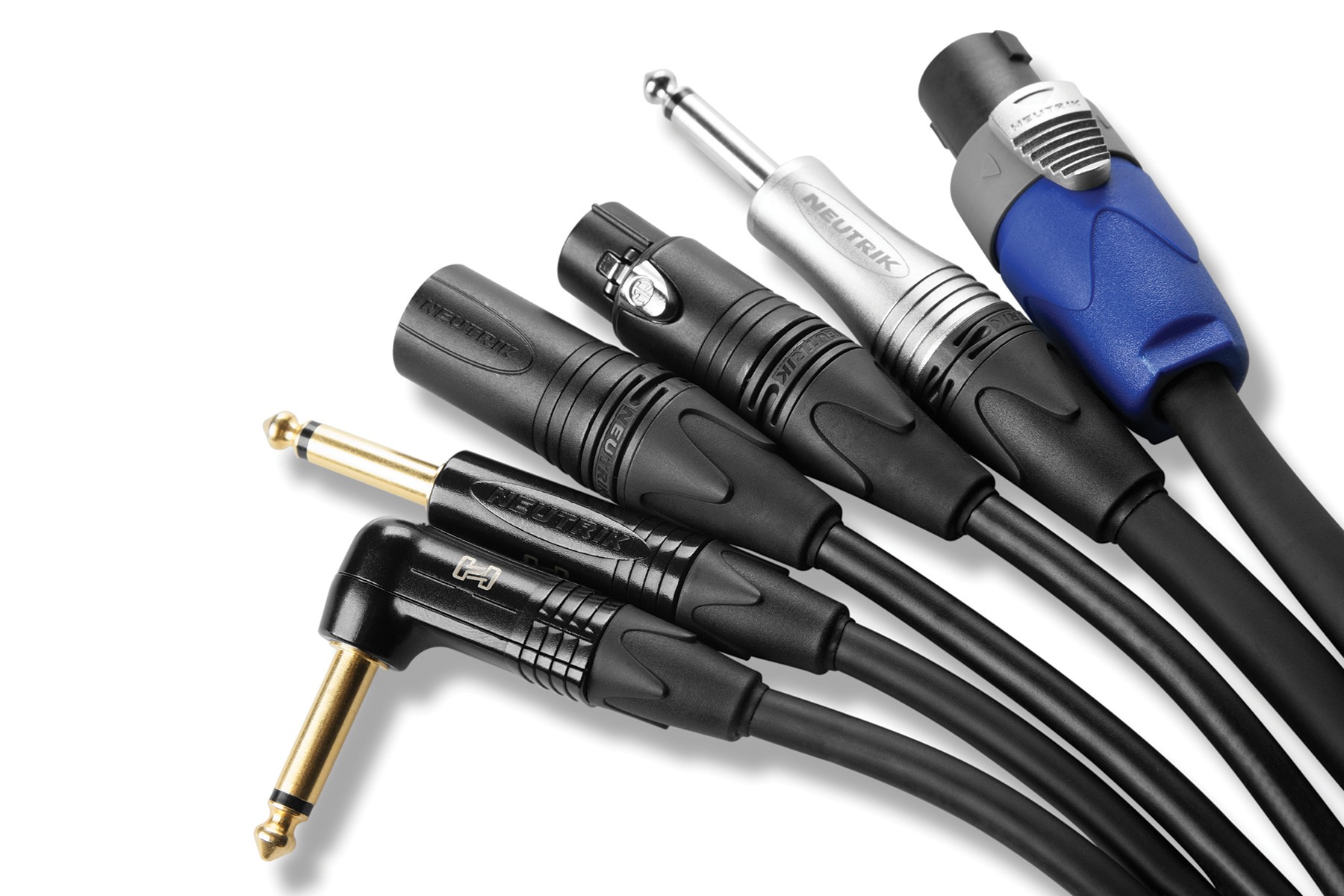 3. Cables
Don’t overlook quality cables. You can have the fanciest mixer and headset money can buy, but if you’re relying on a dollar store headphone cable that crackles and fails, then it’s all for nought. During my career, I have bought 1/4″ cables on eBay for a dollar each, really hard to go wrong. However they have failed on a pretty regular basis and often meant that I had to carry spares and order more from China on a couple of occasions.

One of my favourite websites for cables and other smaller electrical items is MonoPrice. I find that there’s more selection and the quality of the cable is much much higher for not a lot more money. Of course it’s not going to be top of the line stuff when you’re paying $3-5 per cable, but it’s a fantastic option for the budget conscious broadcaster. I recently purchased several 1/4″ and 1/8″ cabling for my setup, ranging from 3′ long to 10′. Everything arrived well boxed and packaged, and I’ve been thrilled with the product so far. 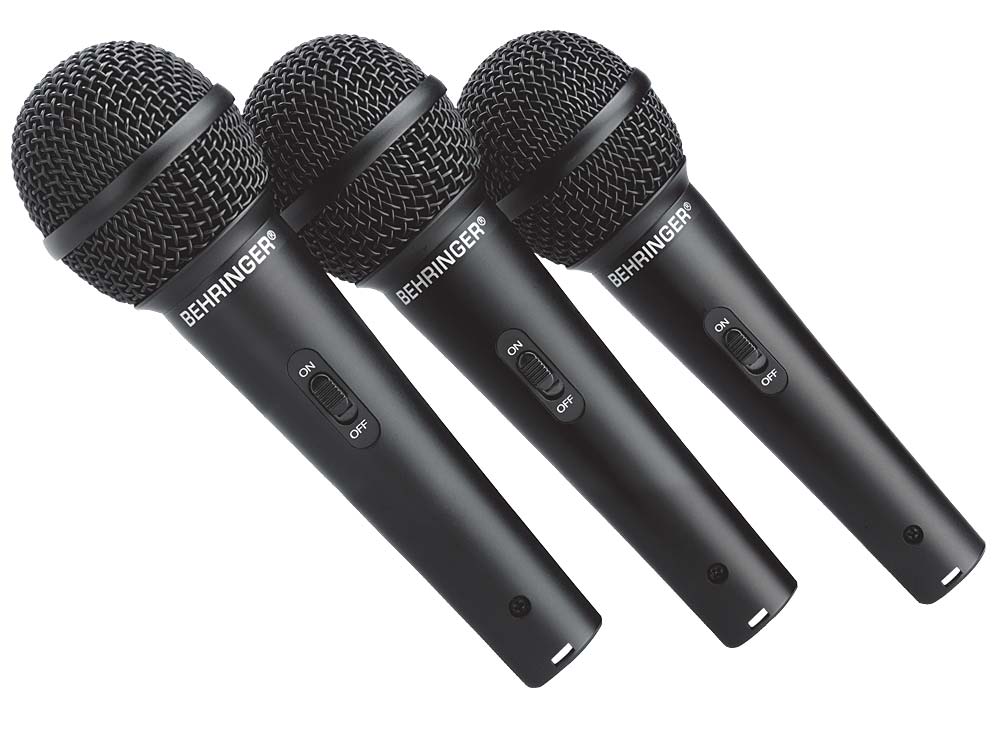 4. Crowd Microphone
This is where we begin to get into “nice to have territory”. It’s pretty safe to say that a headset, mixer and cables are essential when broadcasting, but a crowd mix definitely falls into the ‘optional’ category. It’s a pretty important optional item though as the crowd not only tells you a lot as a broadcaster, but communicates so much to your audience in big moments. I again go with Behringer and use a cheap Behringer Xm8500 Dynamic Cardioid Microphone

. You can find it, or something like it for between $20 and $30 on sale at many retailers. It’s a simple stick microphone that locks in with an XLR cable. I’ve shoved mine through roof grates, I’ve dangled it down from a booth above a crowd, I’ve taped it up near the glass as well to get those really big bone charring sounds. Well worth a very small investment. 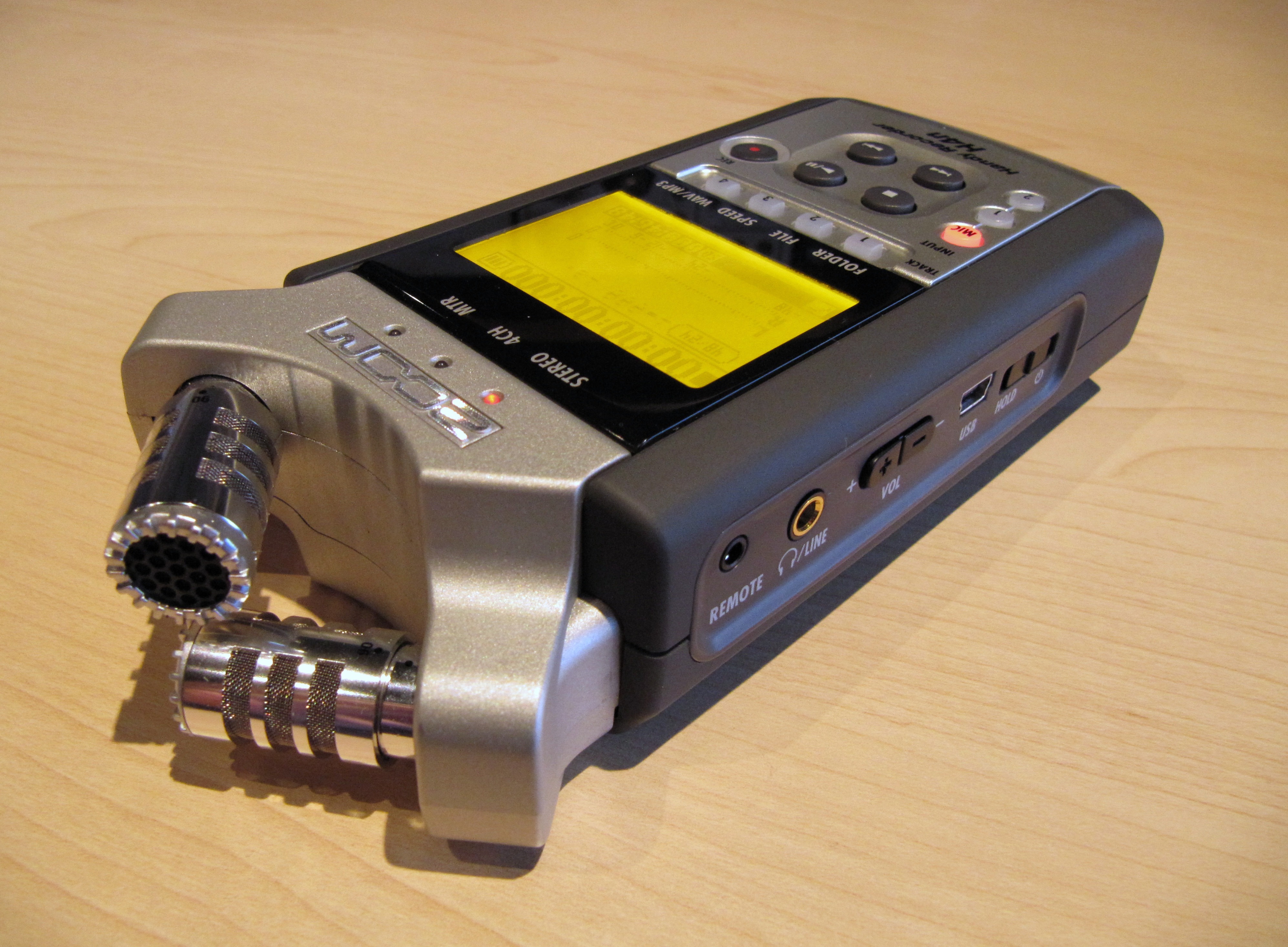 5. Voice recorder
Another from the optional category, but this really epitomises the ‘investment’ portion of this article. For years, I used a simple SONY ICD-PX333 Digital Flash Voice Recorder

It was great…it was small, compact, connected via mini-USB to my laptop or plugged right into my mixer via 1/8″ cable (headphone jack)…couldn’t really ask for more. However two seasons ago I upgraded to a Zoom H4N PRO

. Not only was the quality far superior to my little Sony recorder, but the options for what I could do with it were endless. The on-board microphone is great, but it also gave me the ability to plug other microphones into it, including my headset, so that I could record phone conversations easily on the go, instead of having to setup my mixer and cables at home or in the hotel.

I also used it extensively for my video production work, which quickly became a part of my broadcasting life with the team I worked for. It was always the first thing I would pack because I knew that in a pinch, it could also substitute for my mixer and headset in one, mixing and providing a broadcastable feed if everything went pear-shaped.

So those are my five bits of gear that I’d recommend collecting for your own broadcast kit. With the deals I got and price watching I did, my entire kit cost around $700. The headsets were more than half of that, with the mixers, cabling and crowd microphone taking up the rest. For me, it was a no brainer type of investment and has allowed me to not only take on freelance gigs with my own gear, but also be able to do more with it since I became comfortable and accustomed to my setup.

Is there better gear out there? Absolutely. Brands like Sony and Sennheiser create some amazing products that come with some steep price tags. Sennheiser in particular produce a few very very popular headsets. But for the entry level broadcaster, or the aspiring freelancer, it’s hard to beat the value I’ve gotten out of my purchases.

What are your favourite pieces of gear? Any MUST HAVE recommendations? Tell me on Twitter via @sportscastlife.