Sportscasters are faced with a number of very important, bordering on critical choices for a broadcast. Are you a blue pen or a black pen caller? Do you go with a striped tie or maybe solid colour? And the topic of this post, do you go a headset or a stick microphone as your primary broadcast instrument?

For many, this is a no brainer. The headset, particularly in North America, has ingrained itself into the sports broadcasting tool kit. It’s one of the biggest investments you can make for your call, and is the first thing I pack when heading out on the road. However it’s not the only way to go, and in other parts of the world, and some darker corners of North America, the stick microphone is one that reigns supreme.

Paul Wheeler (left) is a good friend of mine. He’s a hockey writer for several websites including Stanley Cup of Chowder and is also a broadcaster for hockey in Britain and has covered a wide range of teams and leagues in recent years. He, like a lot of Europeans is an advocate for the stick mic and uses it in his broadcasts. He and I went back and forth via email to compile some questions and his answers of the use and popularity of the stick mic in his corner of the world. 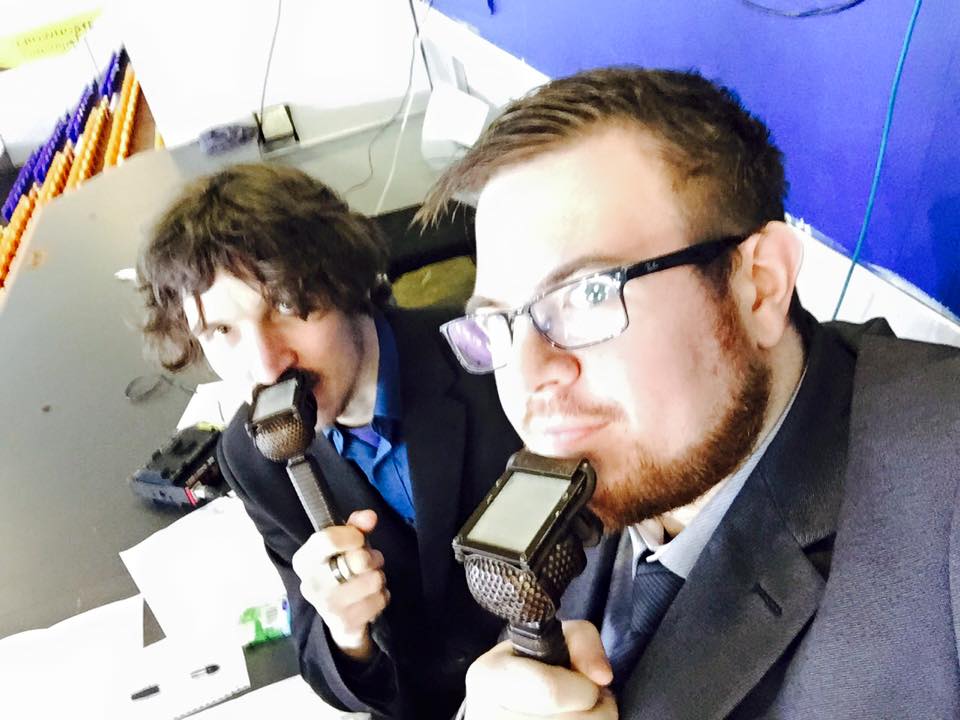 Can you go over stick mic technique? How do you speak into it properly with correct spacing from the mouth, etc?
This is actually something I’ve still not quite managed to nail down. I usually just hold it comfortably, almost as if I’m singing into it. If you’re REALLY lucky, you’ll have one of the much older stick mics that you see on British football commentaries, that have a “lip” attached so you hold that touching your face and the mic is the correct distance away. Trying to stop your hands wandering (particular when you talk with them, like me) is one of the things I find hardest, too. Good technique is something that comes with time, and I’m still learning after a good few years. Doing interviews with them is tricky too, particularly on TV – they can’t be fully in the shot but they need to pick sound up, too. Usually if you hold them as if singing, though, it tends to be the best thing…at least for me, anyway.

What benefits do you believe a stick mic provides over a headset microphone?
I like stick mics because you can almost forget they’re there, and you can adjust position depending on volume of voice, too. If you’re like me and move your head a lot to follow play, too, there’s never any worry of them slipping or, worse, falling off, which has happened to me a few times getting overexcited. They also feel less “tethering”…most of the commentary I’ve done has been standing, and with the wires down and out of the way, there’s a lot more freedom of movement if you need to shift position. 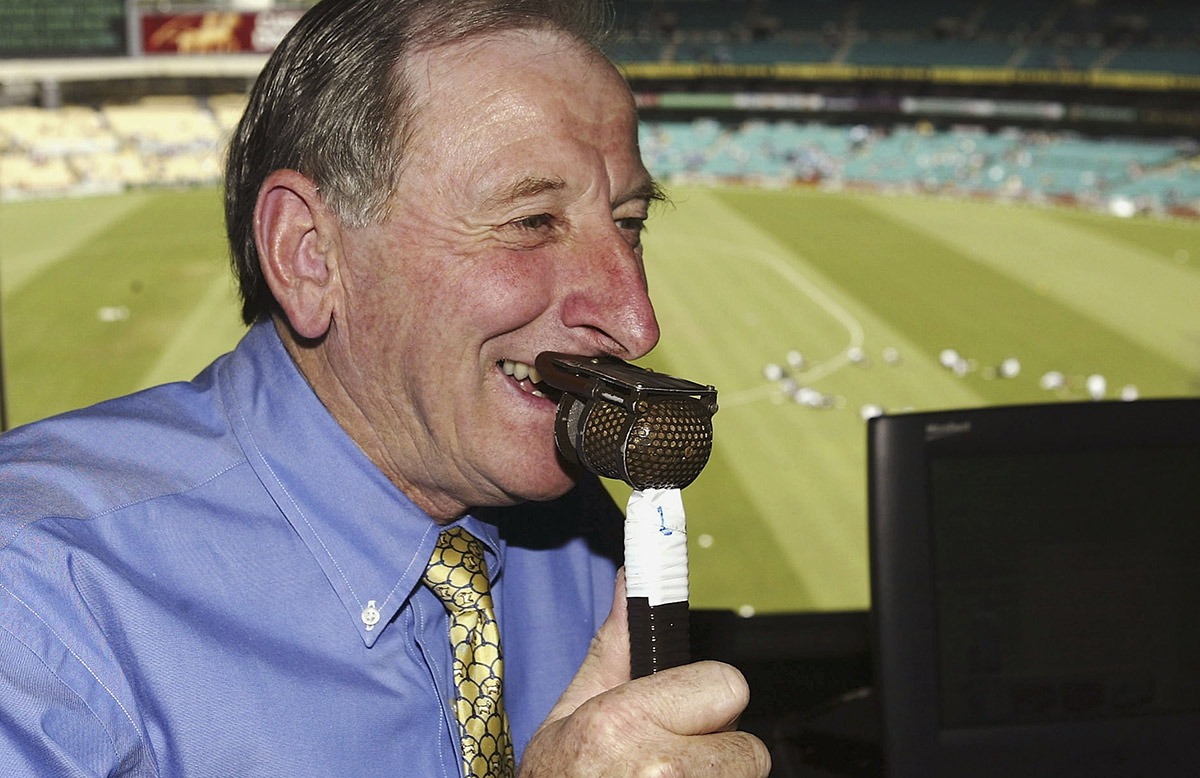 What are the negatives of a stick mic? Is there handling noise? Hands tied up?
We’ve mentioned the positioning and hands being occupied-that’s probably the main disadvantage. I have had moments where the sound moves away from me as my hands move, and it does make occasionally for an awkward moment or two in interviews as it moves back and forth too. It’s really just a case of learning to control it and minimise the bad points. Having to put it down to write down penalties means you have to listen much harder to arena announcers too-which was often fun in British rinks over crowd noise!
What is the split in Britain/Europe between stick and headset mics?
Britain is moving towards headsets-certainly the TV broadcasts for hockey use them almost universally now. Stick mics are still used by a lot of football commentators but even they’re moving away from it. It appears that the stick mic as a PBP tool is something of a dying breed as headsets become the norm. In Europe, too, from what I’ve seen of Euro hockey stick mics tend to be much more for punditry/sideline/studio panelists now. When they use mics at all.
Are there situations/sports more condusive to using a stick vs a headset, or do you feel it comes to personal preference?
I think it’s personal preference. Stick mics are probably a bit more aesthetically pleasing for broadcasts if you’re going to be on camera, though even that’s less of a concern now. I think that at any “professional” level now, headsets are going to become the norm in all sports, if I’m honest, as sticks become more for reporting/interviews-for which they work far better. Even here, though, we’re seeing headsets work their way in as broadcasts have
studio panelists/PBP guys take interviews as well as simply call games. Me, though…I’m a traditionalist. I like standing there with a mic in my hand still.

How are you monitoring your broadcast? Are you still wearing headphones or does that job fall to someone else?
Usually, there’s headphones so you can hear yourself/your partner/the director. I have done games where I’m “free” and the cameraman/sound guys are monitoring the sound levels…but that’s not ideal because if the crowd is noisy, you’re leaning VERY close to try and hear what your partner says…another advantage of headsets doing both in one…until the headphones fail! That’s another advantage of sticks, actually…if you get tech problems, it’s a lot easier to continue relatively unimpeded…the headphones just come off. You can’t do that with sets!
My thanks to Paul for doing this interview and chat with me about headsets vs stick microphones. I certainly think that the headset, for its convenience alone, is the better choice certainly for one man bands and lower levels of sports broadcasting but there are some curious advantages in using it for all sports ranging from hockey to football and baseball.
By Alex RawnsleyApril 4, 2016